The Taping of the Cat

In our house, there are wooden banisters beside the stairs. The wood is covered in glossy off-white paint.

Our house is three storeys tall, so there are lots of banisters. 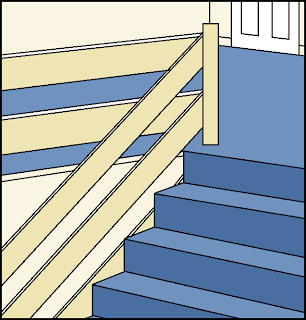 Before we moved into this house, we lived in a flat, so Mouth and Tail didn't know what banisters were.

They were delighted to find that the new house came equipped with a multi-level cat playground.

Once they had got over their New House Fear (another story), they began to investigate. 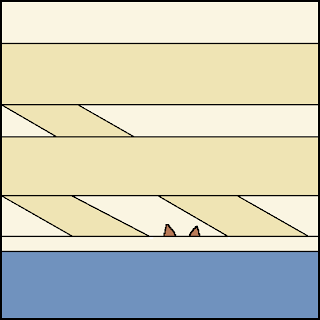 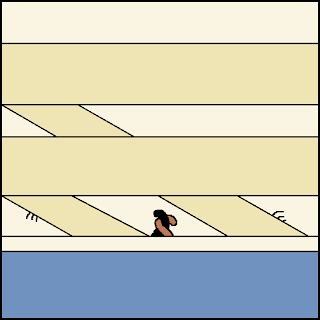 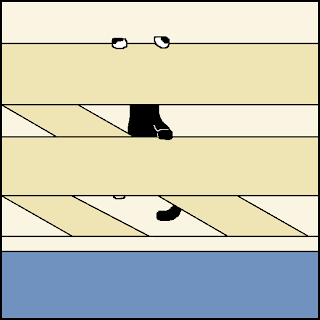 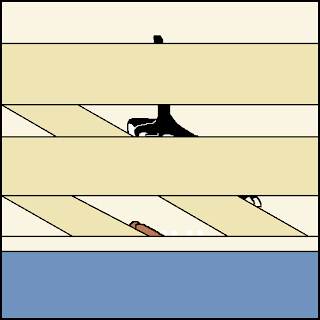 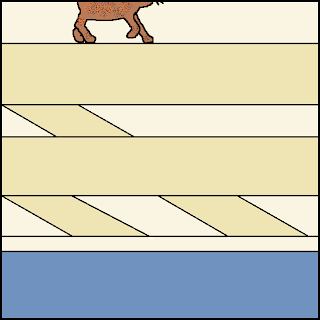 However, although Tail is as agile as the average high-rise tightrope walker, Mouth is a simple beast with no comprehension of 'up'. 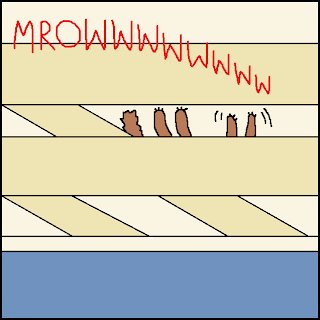 My boyfriend and I sighed. We should have seen this coming.

As is often the case, we needed a strategy - to protect both the cats and the woodwork.

We pondered. And we hit on an Idea.

The Idea involved sellotape. Lots and lots of sellotape. 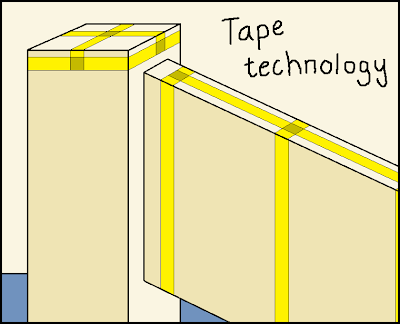 Yes. We taped up the banisters.

We taped them sticky-side-up, so that the cats couldn't climb on the banisters without getting their paws stuck.

We felt a bit mean, but it was the kindest way to dissuade Mouth from subjecting himself to a catastrophic twenty-foot fall. The tape wouldn't hurt their paws, but it would tweak them a bit.

We surveyed our work. Then we waited.

After a while, our patience paid off, and Mouth approached the banisters. You could see the Naughty Thoughts filling his rather gormless tabby head.

He lifted a paw. 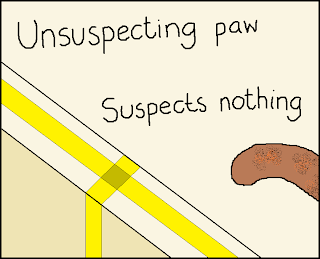 With what seemed like excruciating slowness, he placed it on the banister. It landed squarely on the tape. 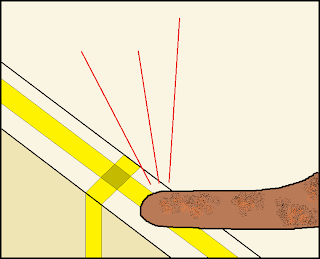 For a moment, he didn't realise anything was amiss.

Then he tried to move his paw.

When several paw-moving attempts proved fruitless, it started to dawn on him that all was not as it should be, and he let out a long, plaintive miaow. 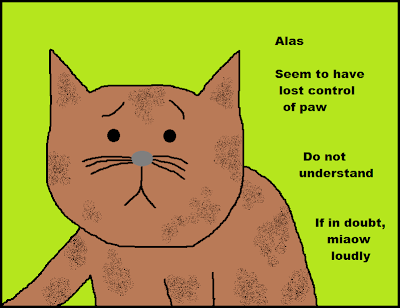 It was heartbreaking to watch. But he had to learn.

At long last, he managed to extricate the paw, minus a small proportion of its fluff. 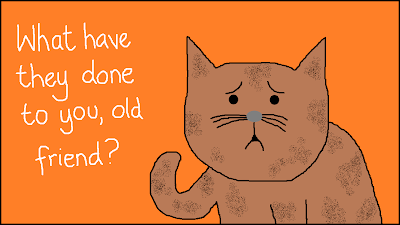 Mouth was aghast. His comrade! His number one ally! Cruelly sabotaged by this peculiar yellow floor! Why didn't the floor behave itself?

This paw had stuck with Mouth through thick and thin, and the fact that there had been no 'thin' to speak of was immaterial. Mouth vowed never again to honour the horrible yellow floor with his paw's presence.

I'd like to say that this was the end of the Banister Battle, but Mouth's memory is not one of his greatest assets.

Of course, Tail grasped the situation after her first adhesive encounter. She licked her paw better and pretended nothing out of the ordinary had occurred.

But for Mouth's benefit, the tape remains to this day.

It is largely effective, and has certainly prevented any tabby-themed splats, but Mouth occasionally forgets. 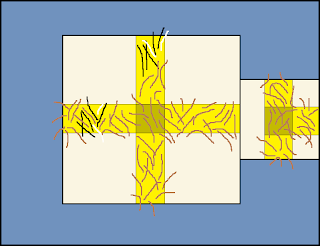 We love Mouth dearly, but survival is a continuous challenge for him. He is not a creature that would thrive in the wild.

I'd say he has the temporal awareness of a goldfish, but at least our fish remember when feeding time is.
Posted by Unknown at 18:50 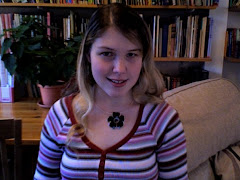 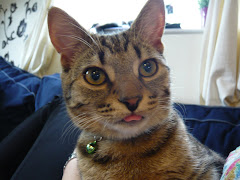 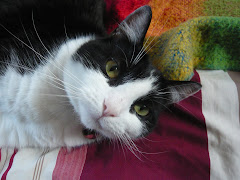